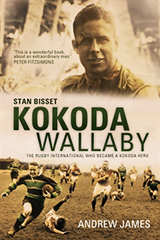 Stan Bisset was a real hero, both in battle, on the rugby pitch and in desperate armed combat against the Japanese during the Second World War. As a member of the ill-fated 1939 Wallaby touring team to England, he was a rugby legend. In the Middle East and on the Kokoda Track, he was one of Australia's most distinguished and heroic combatants. But above all else, he personified so many attributes of the Australian soldier: moral and physical courage, compassion, selflessness, independence, loyalty, resourcefulness, devotion and humour. Stan Bisset's remarkable life story is told by former Australian soldier and Afghanistan veteran Andrew James. This is a truly inspiring book that crosses generations. 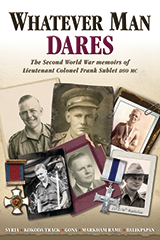 Kokoda press is pleased to announce the publication of Whatever Man Dares: The Second World War memoirs of Lieutenant Colonel Frank Sublet DSO MC. Frank Sublet a CO of the 2/16th Battalion started writing his life history in 1982. Recently, Frank's family decided to publish these recollections in book form.

Please contact the association to purchase and support this fascinating perspective of the 2/16 Battalion.