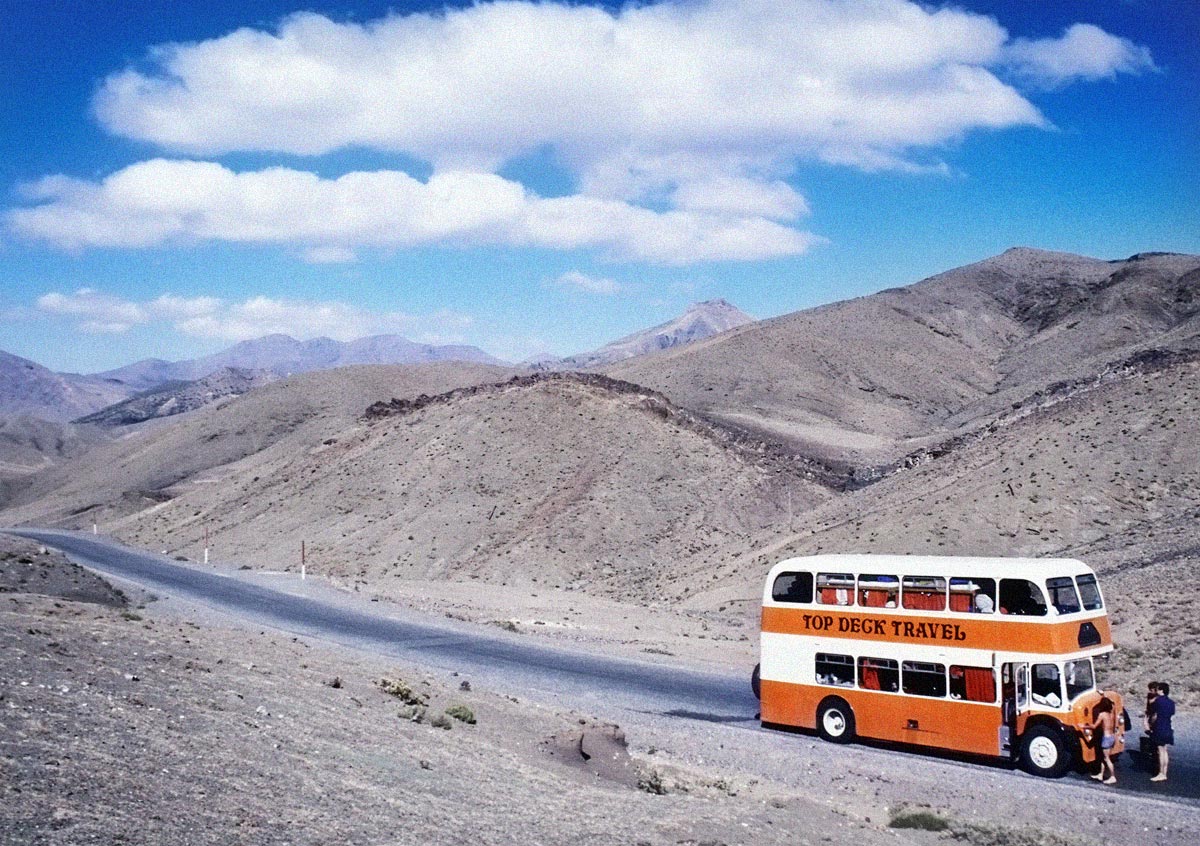 The chaos that was Top Deck Travel lays the foundation for Flight Centre—now Australia's fourth-largest retailer. Graham ‘Screw’ Turner builds the company into a hugely successful, multi-million dollar travel empire through his dogged determination and willingness to embrace change.

The updated 2015 edition of Top Deck Daze takes the reader through the tumultuous journey undertaken by Screw and his associates. It includes new, detailed maps, up to 180 original images, a 24-page colour section, plus an updated Honour Roll of crew members who have worked for Top Deck (now Topdeck) since its inception. The epilogue contains new insights into the company’s evolution from Top Deck Travel to Flight Centre and a catalogue of how the buses were named.

Follow the antics of Screw, Spy, Bill Speaking, Wombat, Filthy, Grilly, Budgie, the mysterious Graham James Lloyd and other incorrigible crew members as they lead their unsuspecting punters on riotous escapades to far flung, exotic corners of the world.

Independent review—
Shawn Gowans (www.usedtravelbooks.com.au): I love this book to bits. The author and his Aussie expat mates in London ran bus tours across Europe and the hippie trail in clapped out old London double decker buses in the 1970s. These were no frills 18–30’s type tours run by the seat of their pants, and often in countries the guide had never even been to… The book is chock-a-block with great yarns… A lot of stuff they did just wouldn’t be possible in the more regulated world of today, ode to be travelling in the 1970’s… I read Top Deck Daze while on holiday with an esky of beer by my side and the beautiful Clarence River in front of me, it was pure heaven.

R Ford: Brilliant introduction to the formation and early years of what is now a brilliant company Topdeck Tours… Honest, [written] in a down-to-earth manner, makes you wish you’d been more like that in your early 20’s…